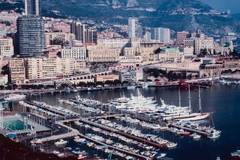 The fourth banking and finance law international meeting will be organized by the European Society for Banking and Financial Law of Monaco and will be hold at the Monte Carlo Bay Hotel (Principality of Monaco) Friday November, 28th.

The conference will be opened by Jean-Marie Canac,
Attorney at Law, Member of the Grasse and Nice Bar Association,
President of AEDBF – ESBFL Monaco,
Assistant Professor of the University of Nice Sophia Antipolis

General Presentation by the Conference Scientific Director
Philippe Neau-Leduc
Professor at Montpellier I Law University,
Attorney at Law, Member of the Paris Bar

Under the chairmanship of Jean-Michel Daunizeau, General Counsel of Credit Agricole SA, President of AEDBF-ESBFL France.

Under the chairmanship of Thomas Giaccardi Attorney at Law, Former member of the Monegasque Parliament.